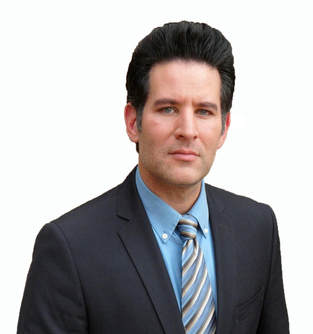 Alex Sanz is a veteran journalist and part of the U.S. News leadership team at The Associated Press. He is based in Atlanta, the AP’s regional publishing center for the southeastern United States, and helps lead a team of journalists in 13 states to deliver spot news and distinct, richly reported enterprise across all formats that breaks news, has impact and is exclusive to the AP. He supervises the region's state-based news editors and video staff, helping them develop exclusive investigative, accountability and explanatory journalism. He also oversees the region's political coverage, including coverage of the 2020 presidential election, and helps lead the effort to fully integrate the region's visual and text newsgathering operation.

In 2019, Sanz was inducted into the Silver Circle, one of the National Academy of Television Arts & Sciences Southeast Chapter’s most prestigious awards, honoring a lifetime of dedication to the television industry.

He was named deputy director of newsgathering for the U.S. South in 2017 and has managed coverage of the global coronavirus pandemic; the 2020 presidential election, including the South Carolina Democratic presidential primary and the first Democratic presidential primary debates in Charleston, Atlanta and Miami; Hurricane Dorian in the southeastern United States; the March 3, 2019, tornado outbreak in Alabama, Florida, Georgia and South Carolina; the scandals involving Virginia’s governor, lieutenant governor and attorney general; Super Bowl LIII in Atlanta; the 2018 midterm election; Hurricane Michael in Florida and Hurricane Florence in North Carolina and South Carolina; the mass shooting at Marjory Stoneman Douglas High School in Parkland, Florida; Hurricane Irma in South Florida; the Unite the Right rally in Charlottesville, Virginia; and other major stories in the southeastern United States. He also managed the AP’s extensive, all-formats coverage of the 50th anniversary of the assassination of Martin Luther King, Jr. and helped oversee all-formats coverage of the 50th anniversary of the Apollo program and the first commercial crew program launch from the United States.

Previously, Sanz covered national politics, the 2016 presidential election, the 2014 midterm election, the southeastern United States and the U.S. space program for Associated Press Television News, the international television division of The Associated Press. He reported throughout the United States, including from the first-in-the-nation presidential primary in New Hampshire, the Democratic and Republican presidential primary debates and the Democratic National Convention in Philadelphia, where Hillary Clinton made history as the first woman in the United States to become the presidential nominee of a major political party.

He joined The Associated Press in 2013 and has covered the mass shooting at the historic Emanuel AME Church in Charleston, South Carolina, and the federal trial of Dylann Roof, who was found guilty on 33 counts of federal hate crimes for murdering nine people and attempting to kill three others at the church; the American space program, including the flight test of the Orion spacecraft in Cape Canaveral, Florida, the development of the Space Launch System and NASA’s commercial crew program; and the humanitarian work of President Jimmy Carter. He reported extensively from Ferguson, Missouri, after the death of Michael Brown; from Dallas after the first cases of Ebola were diagnosed in the United States; from Orlando, Florida, after one of the worst mass shootings in modern American history; and from Dallas after a sniper ambushed police officers during a Black Lives Matter demonstration.

Sanz also reported on the Word of Faith Fellowship, an extensive, 18-month investigation in which more than three dozen former church members told the AP in exclusive interviews that congregants were regularly punched, smacked, choked, slammed to the floor or thrown through walls in a violent form of deliverance meant to "purify" sinners by beating out devils — allegations the church denied. In 2018, the Society of Professional Journalists and the Green Eyeshade Awards honored Sanz for his reporting on the congregation.

In addition to his reports for APTN, AP Radio Network and the wire service, his work has appeared in The Atlanta-Journal Constitution, The Boston Globe, The New York Times, The Washington Post, TIME and USA TODAY. It has also appeared on ABC News, Al Jazeera, BBC World News, CBS News, Inside Edition, National Public Radio, NBC News, PBS NewsHour and television and radio stations across the United States.

Before joining The Associated Press, Sanz covered government, politics and criminal justice for The E.W. Scripps Company. In 2013, he covered the second-degree murder trial of George Zimmerman in Sanford, Florida. In 2012, he traveled across the state of Florida to cover the Republican presidential primary, the Republican National Convention in Tampa, the campaigns of President Barack Obama and former Massachusetts Governor Mitt Romney and the presidential debate at Lynn University in Boca Raton. He was one of the first journalists in the country to sit down for an interview with U.S. Rep. Paul Ryan after he became the Republican vice presidential nominee.

Sanz was also part of a team of journalists who reported for FLDemocracy2012.com, a joint venture of The E.W. Scripps Company, its Florida television stations, the Scripps Treasure Coast Newspapers and the Naples Daily News. At The E.W. Scripps Company, Sanz covered milestones in the American space program, including the inaugural SpaceX mission to the International Space Station and the construction of the Orion spacecraft. His reports aired on WPTV-TV and WFLX-TV in South Florida, WFTS-TV in Tampa, KNXV-TV in Phoenix and other Scripps television stations in the United States.

He joined The E.W. Scripps Company from KHOU-TV in Houston, where he covered Harris County government, Houston City Hall and NASA. At KHOU, Sanz contributed a wide range of enterprise, general assignment and breaking news reports, and filled in on the anchor desk. He covered the 2010 midterm election and the 2008 presidential election, and was part of the KHOU news team honored by the Radio Television Digital News Association with two Edward R. Murrow Awards for its coverage of wildfires in Texas. He was the first journalist to broadcast live from Grimes County, Texas, as wildfires threatened three counties near Houston in 2011. His first reports, streamed via broadband, were part of the "Texas on Fire" coverage honored by RTDNA. He was nominated for a Lone Star EMMY Award in 2011 for his coverage of spot news. He was also honored by the Texas Associated Press Broadcasters for spot news coverage and for his coverage of breaking news, homeland security, NASA and and the January 12, 2010, earthquake in Haiti. In 2011, Sanz was part of the KHOU 11 News This Morning team honored as the best morning newscast in Texas. That year, he was also nominated for the Texas Farm Bureau Excellence in Journalism award for his coverage of Brazoria and Galveston counties.

In 2010, Sanz was nominated for a Lone Star EMMY Award for his coverage of NASA. He was also honored by the Texas Associated Press Broadcasters for his coverage of Harris County government. In 2008, he was part of the station's continuous, Lone Star EMMY and Edward R. Murrow award-winning coverage of Hurricane Ike, reporting on coastal evacuations, the storm's landfall, its impact on the Houston area and the recovery efforts. A year earlier, his breaking news reports for KHOU 11 News This Morning contributed to the program's Lone Star EMMY nomination for best large market morning newscast. While in Houston, Sanz filed reports for CBS Newspath, CBS News on LOGO, CBS Radio News, The Early Show and other Belo Corporation television stations, including WFAA-TV in Dallas. He also contributed reports to The Daily Wrap on the Wall Street Journal Radio Network and KROI-FM in Houston.

He moved to Houston in 2006 after spending several years as a general assignment reporter at WTHR-TV in Indianapolis. At WTHR, Sanz was part of a team of journalists sent to cover the aftermath of Hurricane Katrina along the United States Gulf Coast. Through his reports as an embedded reporter, he chronicled the journey of the Indiana National Guard in Mississippi. He also traveled to Mexico with the Indianapolis police and fire departments to report on their international training mission. His series, "Badges without Borders," received the Indiana Chapter of the Society of Professional Journalists first place award for Best Coverage of Minority Issues. The judges called it a story "well traveled, well told and well shot." In addition, Sanz covered the 2006 midterm election and 2004 presidential election. ​He contributed reports to CNN, MSNBC, NBC News Channel, NBC Weather Plus and WFMS-FM while at WTHR.

Sanz was a morning anchor and reporter at News 12 The Bronx in New York before joining WTHR in 2003. At News 12, he anchored the weekday morning newscasts and covered local, state and national politics, including the Mayor Michael Bloomberg administration and Hillary Rodham Clinton’s first term as U.S. senator. During his time there, he co-anchored News 12 Network coverage of the Northeast blackout of 2003, Operation Iraqi Freedom and the loss of space shuttle Columbia. He also co-anchored News 12’s weekly public affairs program, "2&1: Two Reporters and the Person of the Week." He joined News 12 The Bronx in 2001 after working as a freelance reporter at WFTS.

His broadcast journalism career began at the Channel One Network in Los Angeles where he covered news across the country and around the world. As an anchor and correspondent for Channel One News, nearly nine million people in 12,000 secondary schools nationwide watched Sanz’s reports. His travels took him to more than 30 states and nearly a dozen countries. At Channel One, he covered the devastation of Hurricane Mitch in Central America, the drug war in Mexico and one of the worst tornado outbreaks in Oklahoma history. He also reported from the White House and Capitol Hill.

In 2000, The Imagen Foundation honored his feature "Hero Street," about the small town of Silvis, Illinois, with its Best Children's Programming Award. In 1999, Channel One News followed him on a journey to Cuba where he traced his family's ancestry. Prior to joining the Channel One Network in 1998, Sanz worked in morning-drive radio. He anchored news headlines at WMMS-FM in Cleveland and worked as an anchor and producer at WPLL-FM in Miami.

His career in journalism began at the Sun-Sentinel in Fort Lauderdale, Florida, where he reported and wrote news and feature stories for the metro, sports, lifestyle and community news sections of the newspaper. While there, he received awards for his reporting and writing and was honored as a most valuable staffer.

​Sanz is a South Florida native who studied broadcast journalism at Florida International University in Miami. He has a Bachelor of Arts degree in English and Journalism from the University System of Maryland and is a graduate of the FBI Citizens Academy.

"Our liberty depends on the freedom of the press, and that cannot be limited without being lost."
— ​​Thomas Jefferson